The Illusion of Ownership and the Confusion of Censorship

What do Google’s Picasa, Windows Media Player, and Microsoft Paint (RIP)* have in common? Asides from being an integral part of my childhood (I may be showing my age here), these were all apps that ran on my PC – I owned and had control over them.

Nowadays though, from Figma to Google Photos, many apps we use run in browsers, or are hosted in the cloud. Whilst the cloud brings convenience (e.g. Figma’s live collaboration), control and data has shifted away from us, and into the hands of platforms and corporations. Rohan Deshmukh, in his article, Why You Should Start Self Hosting, highlights the issue:

Corporations get more control over updates, user data and licenses but users are at a huge disadvantage as they no longer are in control of their own data.

The discontinuation of Picasa saw our photos and data move from our PCs into Google’s new cloud option: Google Photos. Despite unlocking better performance, it begs the question…

This illusion of ownership becomes a more glaring when you look into digital media and e-book ownership:

You don’t really own the e-books you bought

Once you hit the purchase button for an e-book on Kindle, you’re not really in possession of anything from a legal standpoint. Those buy buttons in the Apple and Microsoft digital stores might imply you’ll get full ownership, as with a physical book, but in reality you’ve essentially just paid a middleman fee for access to the book’s contents. ‘Buy now’, should read ‘license now’:

Companies could probably educate consumers about this reality. But they don’t. Probably because no one wants to click a button that says “license now” or “rent until rights transfer to a new publisher.
– Michael Kozlowski for Good E-Reader

‘Digital ownership’ is a misleading phrase; ‘digital borrower’ might be more apt. Although you may have built up an extensive collection of prison autobiographies in your Kindle library (just me?), nothing stored in the cloud is safe from disappearing into thin air. Just like Twitter can ban a user, Amazon can cancel and remove a book without notice. Take the award winning, When Harry Became Sally, for example:

I hope you’ve already bought your copy, cause Amazon just removed my book “When Harry Became Sally: Responding to the Transgender Moment” from their cyber shelves…. my other four books are still available (for now). https://t.co/cnMGZV1L0A

So if you’re relying on the Kindle cloud, as opposed to downloading and storing the book, once removed from Amazon’s servers, you can’t ever get it back – you never owned it in the first place.

John Warner perfectly elucidates why you don’t really own your e-books, and the implications this has for the future. Beyond books, digital media middlemen such as Spotify and Netflix can do a disappearing act by cancelling shows and music:

You carefully curate your playlists on Spotify but every now and then you see a certain song missing from your playlist. Same goes for videos saved in your YouTube playlists or other music/video streaming services.
– Rohan Deshmukh

Everything you upload can disappear (‘Your account has been suspended’)

It’s not just digital downloads, but uploads too; you can log in to YouTube/Twitter/GitHub only to find your account has been suspended, along with all your uploads – with no clear rhyme or reason as to why.

Just last month, JD Hendrickson and his wife lost 700 videos created over a span of 7 years due to a false bullying claim – with no way to recover their content. There’s a whole slew of such examples over on Hacker News.

Edit (31/03/22): Since publishing, Google terminated the Developer Account of a small company, removing access all their games and apps. In the end, it took a social media campaign to get their account reinstated.

After 10 years of working with Google Play and getting more than 1 million downloads in total, we have received an email that our company’s Play Developer accounts are terminated permanently
user/nadalizadeh on Reddit

Platforms such as Upwork have also been known to remove your account and all the data with it in a split second. They can even black out entire jurisdictions…say, if your country was at war…

Whilst you may be the current owner of your content, your platform may well be the decider of how you get to use it. In addition to removing content, YouTube has come under fire numerous times for their seemingly haphazard rules behind what can and can’t be monetised. This seemed to have kicked off when Philip DeFranco reported receiving a message from YouTube informing him that his video had been demonetised due to “excessive offensive language”, which he rather be amusingly labelled as “incredibly fucking concerning”. Befitting.

They do get it right sometimes though, as is the case with Logan Paul after his infamous ‘suicide forest’ video back in 2017. Or brother Jake Paul’s controversial mall appearance. But then even a broken clock is right twice a day.

Whilst justified in some cases, other times the reasons for demonetising a channel remains unbeknownst to the content creator. As with many things on the big bad web, you’re at the whim and mercy of your platform provider.

To go to a further extreme, there are even cases where entire libraries can be lost. For instance, Microsoft shuttered its e-book business back in 2019, taking with it all the e-books from customers’ digital libraries for good. Another fallen giant was MySpace, who lost millions of songs, photos and videos – all user content from before 2016 vanished.

As technology progresses exponentially, it’s left a veritable graveyard of once-loved apps in its wake (have a wander through Microsoft’s), taking with it your carefully curated data. A moment of silence for that Spice Girls playlist you spent hours painstakingly compiling in 6th grade (…just me again?).

Handing the power back to creators

On a corporate-owned internet, where our digital goods lie in the hands of faceless organisations, they can be lost for any reason. Whether it’s to push a political narrative, or censor a writer’s unpopular beliefs that don’t match a platform’s opinion, it’s the creator who is silenced, and a whole point of view that’s getting erased:

With every book, there is always fear that the book is going to be pulled. The authors feel very vulnerable.
– David Bernstein, publisher of Bombardier Books

So, how to avoid this dilemma?

For e-books, one way would be to buy directly from a publisher’s site. Or, as Mind Matters suggests, with classics like Shakespeare on the way out, you could also just purchase hard copies.

But it’s not the 90s any more – with the creator-driven internet evolving, there are some fledgling creator and journalist-owned projects that are offering alternative solutions thanks to advancements of the Web.

These are projects experimenting with new business models involving Web 3 technologies and concepts (such as Web Monetization) that protect creators and authors, whilst keeping ownership in the hands of consumers.

One such example is The Brick House Cooperative, awardees of a flagship grant from Grant for the Web and self-proclaimed ‘wolf-proof media cooperative for people, not profits’. Their aim is to protect libraries and the digital future through Web Monetisation.

Libraries can only protect and preserve digital culture if they own their collections outright; books that are not owned are books that can be taken away.
– Maria Bustillos, Founding Editor of Popula and the Brick House Cooperative.

This journalist-owned platform, led by Maria Bustillos, is building a network of publications with an unusual business model, which will offer an alternative to the traditional publishing house model. “The status quo is buckling. And while that’s daunting, it also opens up enormous opportunities for people to try new and creative approaches,” says Kyle Pope, Editor-in-Chief of the Columbia Journalism Review and member of Brick House’s advisory council.

Towards a creator-led internet (Web 2 to Web 3)

It’s still early days for initiatives such as the Brick House Cooperative and Web Monetisation, but they’re at the start of something that can shift the power on the web back into the hands of creators and individuals.

If you look at the history of the web and how it has progressed, such openings for opportunities and change have always emerged – it’s often been framed as Web 1, Web 2 and right now, Web 3, which goes a long way to remove that need for corporate middlemen like Amazon or Netflix; instead, you buy directly from the creator.

You don’t need the man to communicate on the internet. You don’t need to depend on a corporation like Facebook or Twitter or whatever to get your message out there.
– Tabi98

In its simplest terms, Web 3 is a decentralised web that tackles the issue of data ownership whilst resisting issues of data censorship. As neatly packaged by James Beck for Consensys, if Web 1 is read-only, then Web 2 is read-write, and Web 3 is read-write-own.

Today’s web is still a far cry from the innocent, openly-available internet of the 90s. The net was largely comprised of personally-owned websites and blogs, created simply for the fun of it, discussing myriad topics from niche hobbies to Zelda walkthroughs. But as Nelly Furtado wisely warbled, all good things come to an end.

And come to an end they did, as governments and companies sunk their corporate claws into this former online playground, and turned it into the capitalist hellscape it is today.

However, the ‘Old Internet’ is showing signs of quietly coming back, as highlighted over at Cheapskates Guide. Users are banding together to make the web a place of learning, inspiration, and collaboration once more.

So, what have we learned?

But…what really is ownership, and how important is it anyway? You could argue we don’t really own our homes or land either, but rather ‘lease’ it from the countries we reside in. Some academics have dubbed this period the ‘Age of Access’, where ownership has become largely irrelevant…unless you’re a ‘millennial’:

Instead of “millennial,” I want to rename my generation “the generation where you definitely have a giant cardboard box of DVDs in the attic that you never use because you have everything on demand but also won’t get rid of because you don’t fully trust digital content.”

But your opinion on this is your own. At least something is…

What to read next?

If you’re interested in learning more about the next generation of the Web, and giving ownership back to creators, check out this thought-provoking reading list:

*If you’ve made it this far, you deserve to know that I unearthed an online remake of MS Paint whilst researching for this article: click here for the goods. 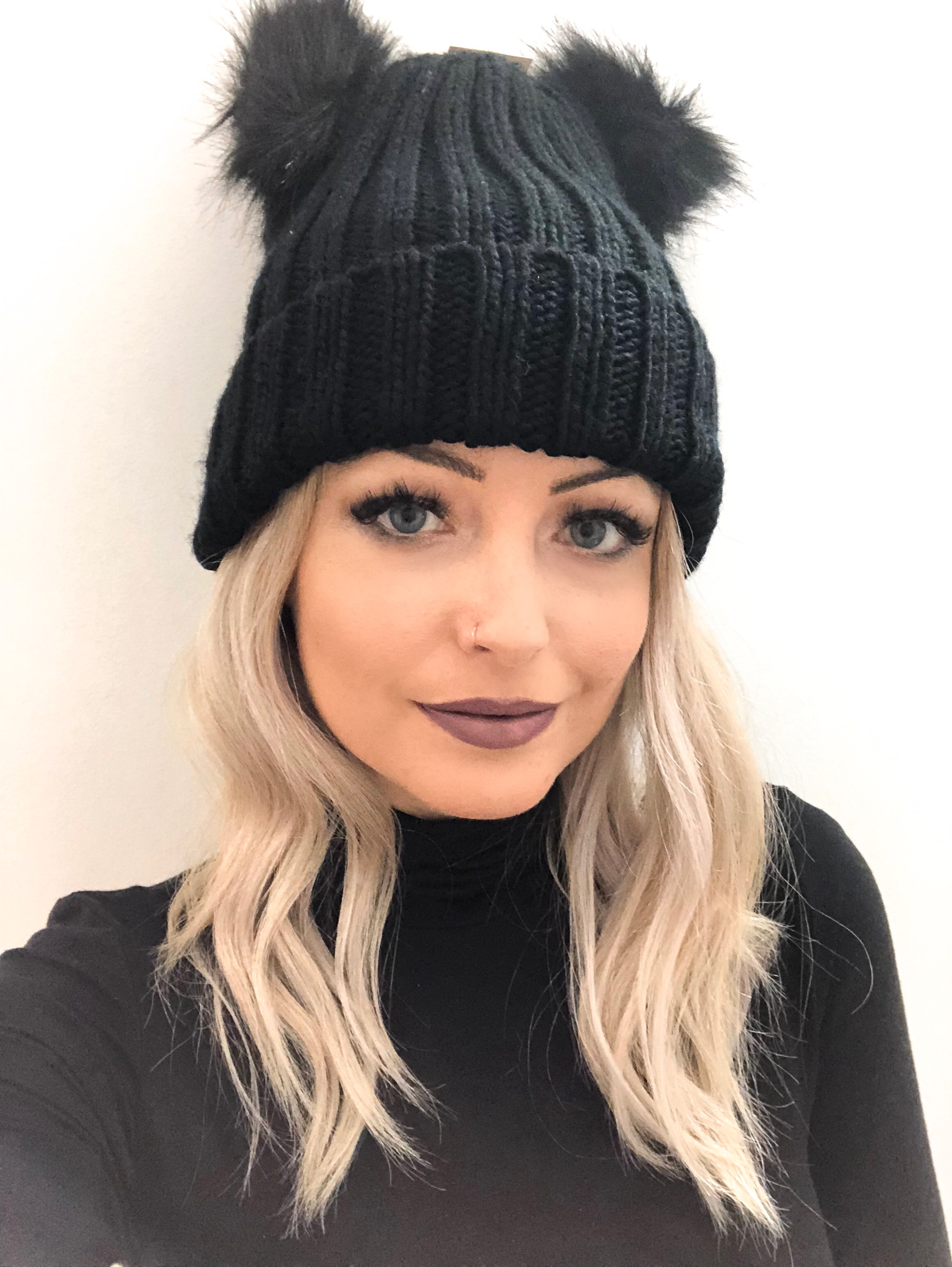 Still can’t get a UX job? Give up. 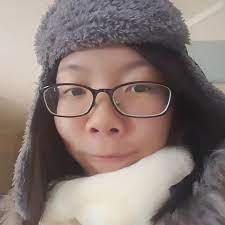 Sticking to UI/UX trends is a losing strategy 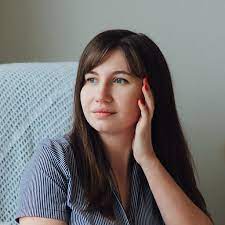