Every Designer Needs to Know: Memory Imperfect and Individual Difference

Have you ever suffered from forgetting a new password that you just created? Have you ever feel a new web/mobile app is so easy to use even though you are the first-time interact with it? Everyone is more or less suffering from memory failure daily. As a designer, we need to understand how human memory works and how’s the design can support users’ forgetting curve and learning curve.

We have to confess that our memory is imperfect. Just as the human visual system has strengths and weaknesses, so do human memory and attention.

Our memory is consist of two types:

Working memory (sometimes termed short-term memory), which is relatively transient and limited to holding a small amount of information.

Long-term memory, which involves the storage of information after it is no longer active in working memory and the retrieval of the information at a later point in time.

Working memory is low capacity and volatile. George Miller, the cognitive psychologist, in 1956 has proposed in the book of the magical number seven, plus or minus two mentioned that the number of objects an average human can hold in short-term memory is 7 ± 2.

If items in working memory don’t get combined or rehearsed, they are at risk of having the focus shifted away from them. Losing items from working memory can correspond to forgetting. For example, you may go to another room for something, but cone you’re there you cannot remember why you came.

Understand the characteristics of memory, both working memory, and long-term memory can help designers understand how to implications of memory for user interface design.

Factors that can affect our working memory performance including:

The Methods of Supporting Memory in User Interface Design

Since we’ve already known our working memory is low capacity and volatile and our long-term memory has many weaknesses and is unreliable in early. As a designer, we should help users remember essential information from one moment to the next. Don’t require them to remember system status or what they have done. The practical methods we can use to help users reduce working memory load are(Lee, Wickens, Liu, Boyle, 2017 | more details please reference this book):

In order to make sure design support long-term memory, at the very least, designers should avoid developing systems that burden long-term memory. Designers can take the following methods(Lee, Wickens, Liu, Boyle, 2017 | More details please reference this book). Yet that is exactly what many interactive systems do. 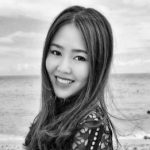