Android development has one of the largest marketplaces in the IT industry.

Tools increase productivity as well as reduce the burden of a developer.

According to Statista, “As of the first quarter of 2020, Android users were able to choose from 2.56 million apps, making Google Play Store the app store with the biggest number of apps available.

For learning to use the tools better you can contact the Android development company.

It acts as a bridge between android devices and computers for debugging. Once a developer is able to connect both devices, they can make modifications to both devices accordingly.

This tool comprises a client, a daemon, and a server. Here, all the components have their own role, that is to send commands, to run a command on a device, and to manage communication between client and daemon respectively.

Android Studio is one of the most crucial tools for the entire process of android development.

Android Studio is an IDE (Integrated Development Environment) for all android applications.

This is one of the top tools used by developers as it is packed with almost everything that is needed for app development.

It is supported by most of the android developers communities along with Google.

This tool is very easy to use and enhances the performance of developers. It facilitates the drag-and-drop feature for debugging, code editing, and testing tools.

If you are thinking of building an android application, you can contact an Android app development company USA.

If you are going to start off with android app development, AIDE is a must-have tool in your toolkit.

You should learn how to use AIDE to get the best benefit out of this tool.

This tool is loaded with features that can help even a beginner to easily understand android app development.

The tutorials provided by AIDE are useful in learning Java and Android SDK.

Android application development services have been using AIDE for years. A single click is enough to learn the application.

You can test your code in real-time on the same device using AIDE.

Being a developer along with the building app, it is necessary to quickly fix the loopholes in-app.

LeakCanary helps with this by automatically displaying the memory leak information. It is based on MAT open-source from the square.

Android SDK comprises an entire set of tools that are involved in the development and debugging.

Some of the tools that Android SDK includes are SDK tools, SDK Platform-tools, Google API, SDK Documentation, and Android.

Fabric has a package of tools that includes testing, marketing, as well as advertising tools.

It allows users to learn about users in real-time. Developers can use Fabric to develop better mobile applications.

Twitter, Uber, Spotify, and Square are some big names that use Fabric.

To use Fabric or any other tools you can hire android app developers.

This is a monitoring tool. To start with Android app development you can use FlowUp to monitor the working of production apps.

It has a dashboard where you can keep count of performances.

GenyMotion has grown to be a complete package tool for developing, testing, as well as deploying the application.

An android developer must consider having this tool in their tool kit for the best results.

Though initially this tool was used just to create an app using an Android emulator.

B4A stands for ‘Basics For Android’ and facilitates a developer to create an IDE in the simplest programming language.

It has features such as wireless debugging, a visual editor, and it also speeds up the entire development procedure.

This is a prototyping tool used by developers to quickly create an Android Prototype Interface.

It just takes five minutes to prototype. Along with highly useful features, it also provides many samples.

This open-source tool is used mainly for gaming. Game developers can use this tool to make their gaming application the best.

Unreal Engine reduces the burden of coding on game developers.

The graphics of Unreal Engine are intensive. This tool is widely supported by android.

Stetho is a debugging tool that connects android apps with Google Chrome.

This open-source tool is created by Facebook. Some of the features of Stetho are JavaScript Console, Network Inspection, Dumpapp, Database Inspection, etc.

If you are confused with the use of tools, you can contact Android application development services.

Unity 3D is used mainly by game developers. Though it is recommended for advanced game applications it can be used for 2D as well.

This tool is remarkable if you want to use Virtual Reality or Augmented Reality in your application.

Eclipse should be used by developers as it can support a vast range of programming languages.

Though this tool was more popular before the entry of Android Studio in the app development tool market. It still has importance in developing cross-platform apps.

Instabug is one of the most essential tools used by developers of every Android app development company for bug hunting.

This tool helps to keep the app bug-free. InstaBug adds an edge so that users can share screenshots, videos, and images in case of any suspicion in the app.

Android development tools are used by developers to speed up their performance, for debugging, and many more works.

In this competitive world, you must have the best set of tools to make dynamic applications.

You can use these tools to get started on android development.

Are you looking for a developer? You can contact an Android application development company. 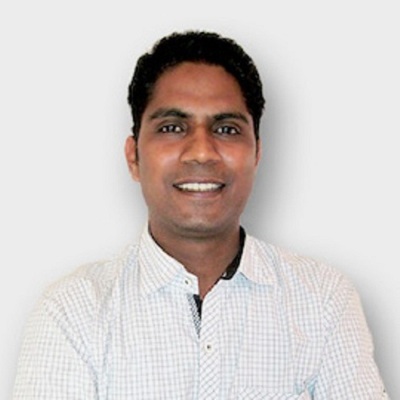 Tarun Nagar is the Founder & CEO of Dev Technosys, a global ranking Web and Mobile App Development Company. With 10+ years of experience of enabling then Startups which are now global leaders with creative solutions, he is differentiated by out-of-the-box IT solutions throughout the domain. He is known for his visionary qualities and adaptability for technology and trends, passionate as he is in every aspect dedicated to making IT simple, accessible and approachable for business enterprise