How to find what drives you as a designer 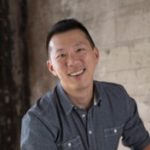 Last year, I spoke with a class of seniors about my career so far, a group of design majors at the University of San Francisco. Their advisor, Rachel Beth Egenhoefer, asked me to share my experiences. She said they worried about finding the right job and weren’t considering they’re likely to change roles many times.

Most designers I know go into the profession because they want to make beautiful things. In the early parts of their careers, they want to get better at making useful, usable, and desirable objects. For some designers, craft is a lifelong pursuit, and they go deep, exploring and innovating with the things they produce. Others shift their attention as they progress. Some move into adjacent fields: they become more interested in business, or technology, or product management, or entrepreneurship, and they put their expertise to use in different roles. Some want to have more impact as they grow in their careers, or they find themselves drawn to a specific cause. Ambition and ego can play a part in their career development too, and their career choices can have more to do with status, influence, or greater creative control.

For me, making things is what I’ve always gotten the most pleasure from. It’s a conundrum because as you get further along in your career, it often takes you away from the ‘making’ part of things. The usual answer for an individual contributor designer who moves into managing others is that the craft of making gets applied instead to the team itself. The manager delegates to their team, takes on more of an advisory role in the actual product design, and focuses more on personnel decisions, mentorship, and team processes. The story we tell ourselves is that these new responsibilities are fun and fulfilling. I find this true, but when I’ve been in leadership roles, I also love to make ‘things’ in my day-to-day work, usually diagrams, slide decks, and other communication tools to help clarify the challenges we are facing as a team or a business. I enjoy designing artifacts, and I love seeing those objects become useful for others.

I’ve never been one to plan my career. I’ve heard advice that when you’re looking for a new opportunity, you should make sure the role sets you up well for the next one you ultimately want to follow it. That designers can plan their careers this way boggles my mind. I’ve found that each time I’ve changed jobs, the decision has been more intuitive, either a new challenge to tackle that sounded fun to me at the time, or I was reacting to where I worked last.

Early last year, I was at a crossroads. The app I had launched in October 2020, YDays, had reached several thousand users, but the metrics around retention weren’t looking great. People who tried it liked the experience, but most of them weren’t sticking around, and I was beginning to think it would be hard to build a business around my idea. I decided to make YDays a side project, take what I learned from the experience, and look for my next thing. And unlike other times I’ve changed jobs, I wanted to be more intentional about this decision. In the past, I’ve pursued a ‘dream job,’ or an interesting opportunity has fallen into my lap.

This time, I’d think more about what I wanted to run towards: what would fit my interests, goals, and sensibilities best, and what kind of attributes of the job, impact of the work, and details of the day-to-day I cared about most.

I found a few exercises useful in starting to think through where I wanted to head next. The first was a simple six-column table. Across the top were these headings:

I spent about an hour filling this out, adding a stream-of-consciousness bullet list to each column. Some things I wanted most from the next chapter included building something new and meaningful, strong product-market fit, and a small team that’s fast and gets things done. In my ‘not willing to accept’ column were items like being bored, and lots of layers and politics.

The second was a four-circle Venn diagram known as Ikigai. I wrote out lists in four categories—what I love, what I’m good at, what I could be paid for, and what the world needs—looking to see where these lists overlap, and what ideal jobs might be at the center of the diagram.

The third was following the process in Tim Urban’s post How to Pick a Career (That Actually Fits You) on Wait But Why. This is a long but entertaining piece that goes deep on motivations, fears, morals, and practical concerns. It’s worth a read, even if you don’t want to go through the exercises yourself.

During this time, I had a great conversation with Andy Sparks, a colleague who recently went through his own career change, from startup co-founder, to writer, podcaster, and coach. Andy had a couple suggestions for me. First, he recommended a book, Transitions by William Bridges. The book talks about the three stages of transitions in life: the ending of one phase, the ‘neutral zone’ between one thing and the next, and the beginning of something new. Bridges finds that when we make a change in life, it’s all about the start of the new thing. We ignore thinking much about what has just ended (and how to mourn or celebrate the chapter we’ve finished) or about the in-between period between the old and the new.

Andy’s second suggestion was to take a short, solo trip. This is an idea that Bridges suggests in his book as a way to explore the neutral zone—it’s a retreat you take by yourself, time to be quiet, to observe and be open to your thoughts. Bridges makes the point that through the ages, many coming-of-age passages have involved rituals like a solo journey, and he suggests that time by yourself in a new place, with just your thoughts and notebook (and without your phone or other entertainment) can be transformative.

In February, I booked a three-day, two-night stay in Stinson Beach in a cabin with no kitchen or TV, just a bed, table, and view of the ocean. I spent my first few hours filling pages of my notebook. Some things I got down on paper:

To be honest, lasting three days without checking my phone or computer was a real challenge (which I ended up failing!). I explored the town, I took a long solo hike, and I stayed up late as a fierce rainstorm battered the tiny shack I rented for the weekend. I paid attention to my dreams.

I was skeptical going into this retreat, but I found the time alone to be clarifying. Even though the goal was just to be quiet and listen to myself and not about being productive, I left the three days feeling like I had accomplished something. I felt I knew myself better.

Over the years, I’ve worked as a motion graphics designer, a freelance designer/developer, an adjunct design professor, a partner in a three-person branding and design studio, and a product designer at seed to mid-stage startups, as well as at Google. I’ve been a head of product design, brand, and UX research, as well as a first-line design manager and a senior individual contributor. I also spent half a year on my own app: joining a founder fellowship, leading a small team of volunteer developers, launching on Product Hunt, writing newsletters and blog posts, conducting qualitative and quantitative research, and watching metrics every day.

In my latest job search, I knew that what was most important to me were several things: a product space I believe in deeply, a role where I could lead and build a team of designers and researchers, a company with strong product-market fit looking to grow, and a kind, collaborative team who’s generous with receiving and giving feedback and always looking to improve and learn. I found these things, and more, at Brilliant.org. In the past months, I’ve gotten to recruit and hire a new designer and researcher onto the team, gain a broader perspective about what makes interactivity so effective for learning, create design principles and best practices for the team, and work on some new exciting features. I’m passionate about the company’s mission to make STEM accessible and engaging through active learning and storytelling. (And I’m on the lookout for folks to join us!)

When it comes to making decisions in your career, what matters most are: your head (Does this choice make sense?), your gut (Does it feel right?), and your story (Does the way I explain my decision ring true?). The tools I shared above, exercises for self-reflection and a neutral zone retreat, can be helpful in exploring these three important factors.

That said, it’s no perfect science. There are plenty of great things and not-so-great things in every job you’ll have in your career. That’s why the story is such an important part of the equation. Reminding yourself of your story—why you made the choice you did—can be helpful when the going gets rough.

I don’t envy the situation of the design majors from the University of San Francisco I spoke with last year. They are graduating from college into an uncertain economy, after a year and a half of Zoom learning, and it’s not easy. But I wanted them to know that it’s ok to try different things in your career. When you’re first starting out, any choice you make will be a big leap, but you can learn more about yourself as you continue your career and refine your intentions with each step. With each new role, you take on, whether it’s the ‘right’ choice or not depends on you and how you frame the decision. Every experience can be a good one—you’ll develop new skills, make lifelong connections, and learn something significant that will help you on your path as a designer.

11 Realities on Finding Your First Job 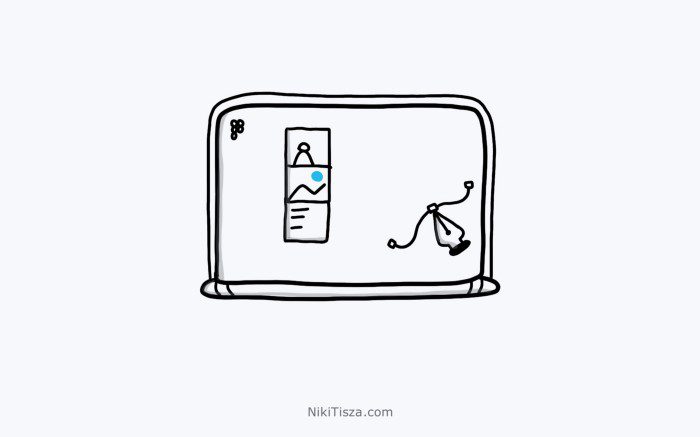 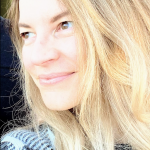 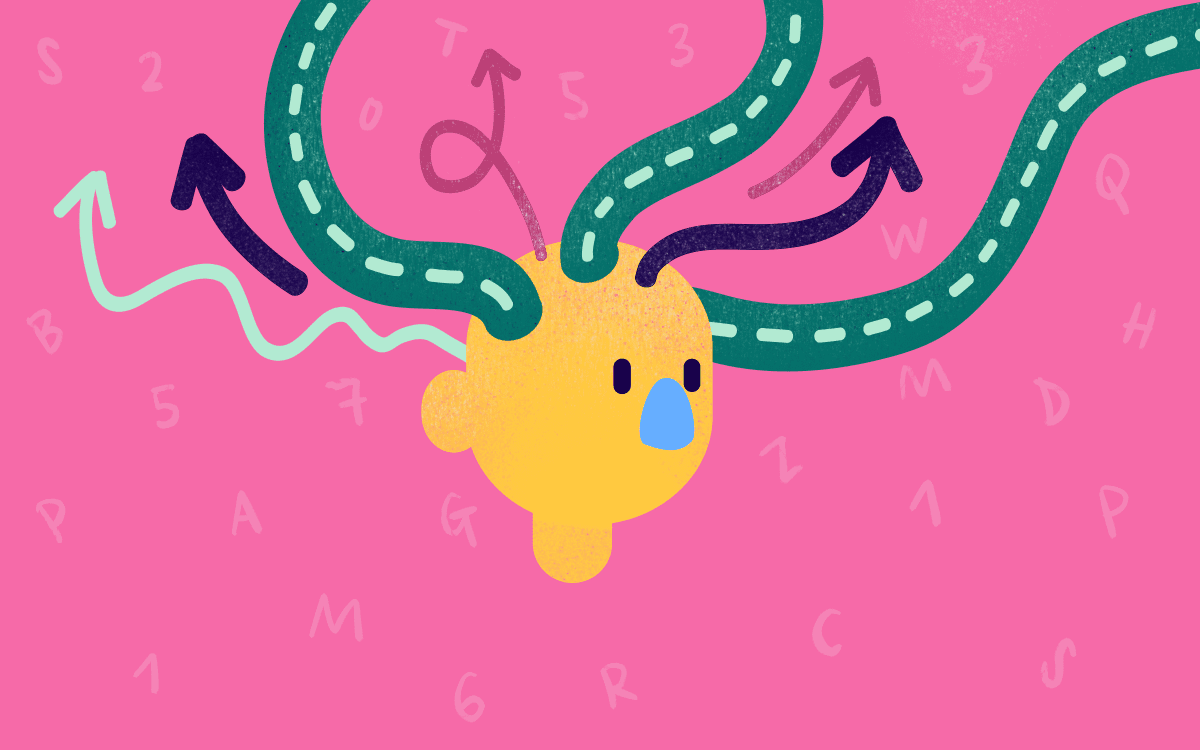 Design Through a Neurodiverse Lens: Exclusive vs Inclusive