The Future Of Design Is Open Source

For years, 'Open Source' for designers never really got the attention it does within software development. Even with design tools themselves built upon open source tech (see the huge list of what Figma use here), it was only until the last couple of years that 'Open Design' has really started to take off.

And a catalyst behind it has been Figma's Community - the platform purposely built for remixing and building upon each other's work, in true GitHub style.

The next GitHub like platform will reward software designers with prestige and a new form of distribution through the work that they open source. Soleio at Figma Config 2020

Despite their closed .fig file format, they've always been the trusted stewards of 'Open Source for design', thanks to their awesome tool and community work. However, their acquisition by Adobe put this in jeopardy – it appears to have been a tipping point towards the adoption of truly open-source design tools, as shown with this sudden rise in Penpot users:

OK, so I know that Figma's acquisition by Adobe is making people feel KO in so many ways, but at @penpotapp we're experiencing quite a reverse effect. And we're not seeing any signs of plateauing at all! Check spike in SaaS signups and platform activity (create_file event) 🤯🤯🤯 pic.twitter.com/kmXuazF6fd

Towards a New Era of Open Source

The fear of Figma becoming a gated platform has pushed people to look for open alternatives. At the same time tough, Open Source design tools don't quite enable the practice of Open Design that Figma does so well. As Soleio explained at Figma Config conference back in 2020, it's the ability to resample other designer's work that creates an Open Source environment for software designers - and that takes a combination of tools, people, and distribution:

In this article we'll look into the difference between 'Open Design' and 'Open Source design tools', the new opportunity for an era of open source design amidst Adobe x Figma, and then how designers can be a driving force behind open source itself!

As Murat, founder of User Research tool, Ballpark said, the acquisition is going to have a huge ripple effect, and can be seen as a big success story for the design tool space:

A big success story for design tool space in general and will have a huge ripple effect, congrats to the folks @figma + @Adobe !https://t.co/0QoUmdoxkH

It's similar to Open Source Software, but remixed for design:

[Open Source Design is] a “remix” (to borrow a term from Figma) of the open source software movement’s commitment to sharing and collaborative validation and improvement of software source code. Forrester: Open Source Design: What It Is And Why It Matters

At the moment, there isn't really an open equivalent to Figma that's designed for this so well. It's more than a tool, having all the social aspects of a platform such as GitHub, enabling people to connect and discover different open source projects, and then build upon one another's work.

As early as 2015, Figma had been building towards their version of a 'GitHub for Designers':

As Figma develops, it could be valuable not just for team members internally, but for the design community in a broader sense.

Imagine how much designers could learn from each other if they shared not just the their final interface design, but also all of the iterations they went through to get there.
- Figma 2015 in Fast Company

In contrast, Penpot is Open Source Software, in that its code is available for anyone to change or contribute to. Creating a space for 'Open Source Design' also requires the right distribution and people.

They have made a start with shareable templates and libraries, but Figma are the example to follow for open source design tools:

The GitHub for Designers

Figma Community made it easier for design files to be made public, enabling other designers to build upon and remix each-other's work. Just like GitHub, users had profiles and could receive community recognition through their open contributions.

Unlike GitHub though, which is based on an open format (.git), Figma's .fig file format is closed, so you can't easily switch away from Figma. Designer and Founder, Michal Malewicz, has often been openly critical about this, emphasising that for a platform to be truly open, it can't have a tool with such a solid vendor lock-in:

I love how closed the Figma format is.

Once you design something in Figma there's NO WAY to switch to other tools. You're stuck with Figma forever.

Even the PDF's import as a scramble of weird shapes and characters.

Despite this closed file format, people had always trusted Figma thanks to their commitment in keeping the platform free for educational use, and pretty much free for individual use.

With this no longer 100% guaranteed for the longer term, the lock-in has alarm bells ringing. Cue Sketch and their open .sketch file format:

As well as the leap to Penpot and other open source alternatives such as Quant UX, there was a renaissance of appreciation to Sketch for their open file format.-

Sketch has always kept their file format open for anyone to read from, including competitors. Even when they were faced with "Import From Sketch to Framer", or "Import from Sketch to Figma", they kept true to their beliefs and their open source spirit.

At Sketch, we strongly believe that you own everything you create, and we’ve always prioritized putting you in charge of what happens with your documents.

That’s why our file format is completely open; it’s a published spec, so you and third-party tools can read and modify it.

Here at Sketch, we've made all of our .sketch documents open-format.

Not sure what that means? Let's break it down 🧵

That has built a lot of trust over the years, which is another key to Open Source in design, and yet another thing Penpot shares too! Here's Penpot's CEO, Pablo Ruiz-Múzquiz's answers to Opensource.com:

It's the first in open source design, and the market is very exciting. Figma was valued at nine billion dollars a month ago. I understand people would see this from that particular angle, but then the community would reply with: But this is the guy that developed Taiga five years ago, and do you see any suspicious moves?

No. This is trust. They can be trusted. They've done it before. There are no hidden traps.

We were glad to see that we got credit for our past actions. There's no trap. It's just people trying to make sure that design and open source are finally together for the next decade.
- Pablo Ruiz-Múzquiz

Going back to the open file format, we can see that if Sketch were ever to disappear, .sketch files can be opened by alternative tools tools such as Figma, so your work is never lost. Much like if GitHub disappeared, developers still use their .git thing with an alternative such as GitLab.

Once you design something in Figma there's NO WAY to switch to other tools. Michal Malewicz

Unfortunately, at the moment, this is not so true for Figma - if they were to disappear, I'm not sure you can easily read what's inside their files. There are some apps such as Convertify that let you convert from Figma to Sketch, but it looks like they depend on the Figma platform to do so.

I think Sketch's story demonstrates that open source design isn't just about enabling people to remix each other's work, but it also depends on trust that can come in different ways:

These are all things that can work against companies economically, as we saw when Sketch's competition pummelled them with their own open file format. But it goes to show that money isn't always the main motivation for us as humans.

This is something Veethika highlighted in "Do Designers Belong in Open Source" when quoting Daniel H. Pink:

Thanks to Figma's GitHub-like Community platform, I think this open-source culture was able to grow and spread faster throughout software design, but now people are looking for software that's really open source at the core, since they're skeptical of a Adobe's intentions as a large corporation. The attention has turned out to be a new opportunity for open source tools:

The acquisition of @figma by @Adobe, it's also an opportunity to start an era of Open Source Design Software.@penpotapp is a really good product. It's open source and free.

"The most corrupt corporation in the world"

A reason people may be worried about Adobe acquiring Figma's Community is what happened with Microsoft and GitHub. Soon after acquiring GitHub, Microsoft created Copilot - a paid tool that was trained on open source code. I think they got away with it after the initial heat, and we may as well laugh at it now (video from twitter/ @cassidoo):

There are good parts of big companies in open source too. For example, as Soleio shared in his talk, Facebook and other large companies often build upon open source software, improve them whilst scaling, then give it all back to the community.

Through their open source contributions, employees can impact projects beyond their corporation's commercial interests.

'Design is the Future of Open Source'

Overall, I didn't intend to write yet another Adobe x Figma article, but Figma is so close to Open Source for designers, that it became a lot of the topic!

Going back to Soleio's talk though, he takes the idea of Open Source Design further, showing that design itself can push Open Source to non-coders in different industries.

If we don't do this, we can only see over time, the further concentration of power to few, rather than the expansion of power to all." – Soleio, Combine

For example, he explained how collaborative platforms like Figma and Dropbox Paper transformed knowledge work from apps designed for individuals, to multiplayer environments, where workflows and processes are opened up for anyone to learn from. That can all be driven by design - open source can go beyond software, and made available for anyone by designers.

Thanks for reading - contribute to Open Source with Prototypr

Prototypr itself is Open Source - it's been something we've been working towards with our Grant for the Web project to "Democratise Design Education with a Web Monetized Publishing Platform".

In the midst of all the paywalls, we are trying to keep design articles open and available, with technologies such as Web Monetization making it possible. There's been a lot to figure out!

If you want to contribute, free to submit articles to hello@prototypr.io, or fill out our writer form to get involved with our Web Monetization project.

If you're interested in contributing to the code or design, drop an email or find me on twitter @graeme_fulton.

You can also subscribe to the newsletter for future stories. Here's some related articles from our site on creating an open and fairer web: 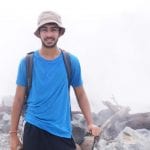